Hello, We are delighted to welcome you to Luccombe Hall Hotel, which is part of our small family owned Garden Isle Hotel Group.

As a family we are passionate about providing a service that gives you an experience to remember. Based on the beautiful Isle of Wight, each of our hotels has been carefully selected to give you the break you deserve. You’ll find our staff have been hand picked because they share our family values of professionalism, friendliness and service. 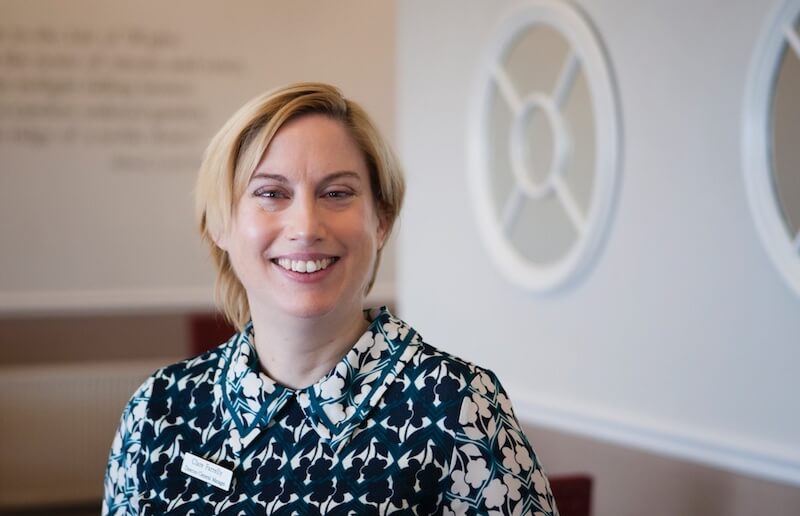 Here is Our Family Isle of Wight Story So Far…..

In January 1986 Ken Wells and his late wife Lyn took over as the proud owners of Melville Hall Hotel in Sandown on the Isle of Wight.

They moved over from Southsea after looking at a few hotels on the island, deciding on Melville Hall Hotel in Sandown after over hearing a couple of ladies discussing their choice of wedding reception destination as having to be at Melville Hall as it was the best hotel…

Back in the day, Melville Hall was a 39 bed hotel with no en-suites but with sinks in every bedroom and a few strategically placed communal bathooms and toilets along each corridor.

Over the years Ken refurbished the hotel many times catering for the trends in place at the time, providing ensuite bathrooms for every room, indoor and outdoor leisure facilities and creating its own spa, offering beauty treatments and holistic therapies.

After a few years of successful trading at Melville Hall, Ken went on to purchase the Luccombe Hall Country House Hotel in Shanklin due to its superior cliff top setting and then later went on to buy Chine Court Hotel next door, which he later re-named the Luccombe Manor Hotel. A few years later Ken purchased the Burlington Hotel, again in Shanklin, which, seeing a trend towards luxury self catering breaks, he renovated in to luxury contemporary apartments. Renamed Shanklin Villa Apartments, some feature private balconies with sea views and hot tubs, and Gold Star ratings for quality.

Ken has now retired, the hotels being successfully managed by his daughter Clare and son Steven. Melville Hall was sold in January 2018 and the first stage of refurbishments completed at Luccombe Hall in April 2018 to create luxurious bedrooms, spacious balconies with stunning panoramic views of the bay, along with rooms with private gardens featuring their very own hot tubs.

Ken is most proud that the hotels continue to be under his families management with daughter Clare and son Steven, now based at Luccombe Hall in Shanklin, running the hotels and group as a whole.

Clare has worked all her life in the family business – starting at a young age by collecting the daily newspapers for the hotel guests in exchange for her pocket money and is now also a co-owner.

Steven started working at Melville Hall at a young age too, as a kitchen assistant in the school holidays, then as a waiter, before moving up eventually to hotel manager. After a period of time outside of the business working for the local authority, then for IBM in commercial Financing and latterly running his own business, he returned in 2017 to oversee the sale of Melville Hall and the refurbishment works at Luccombe Hall.

Even one of Ken’s 10 grandchildren spent some years working on reception at Melville Hall too.

In addition to Clare and Steven, Ken is delighted that some of his original team from back in 1986 – or thereabouts – are still working for him in some way. The most notable being Pam who is now Housekeeper at Luccombe Hall. Pam’s daughter, Kirsty, was a baby at the time, but later went on to become Assistant Manager to Clare at Luccombe Hall before leaving to start her own family!

However many changes Ken has made to his hotels over the years, and more recently Clare and Steven, their objective has remained constant: To provide a service that gives you, the guest, an experience to remember…

Enjoy & Remember Great Times with us

All you need in the perfect location for a memorable holiday.
Go to Top